Prof. Kolodzey’s research interests include the characteristics and limitations of optoelectronic devices that operate at high speeds and are fabricated with alloys from Group-4 of the periodic table. Using the methods of molecular beam epitaxy and chemical vapor deposition, he is investigating silicon and germanium alloyed with tin and carbon to determine the device implications of their heterostructures and nanostructures. Certain compositions of germanium-tin alloys have been found to have a bandgap that is direct in k-space for efficient optical devices that operate at mid-infrared wavelengths from 2 to 5 micrometers. For example, germanium-tin light emitting diodes can operate at room temperature, and the photodiodes display higher performance than conventional germanium photodiodes without tin. Prof. Kolodzey is investigating the properties of wide bandgap semiconductors, including gallium nitride and silicon carbide, that emit in the terahertz range due to radiative dopant transitions and that operate at higher powers and temperatures than conventional terahertz sources. He is studying and optimizing these terahertz emitters for applications such as see-through imaging (for the identification of materials from their terahertz reflections) and for medical and cancer diagnostics. Prof. Kolodzey is also creating specialized solar cells that operate at long wavelengths so they can be added to the bottom of a multijunction solar cell stack where they will absorb photons that would otherwise be lost. Moreover, he is investigating the high frequency behavior of spintronic devices that are based on the motion of spin-polarized electrons. 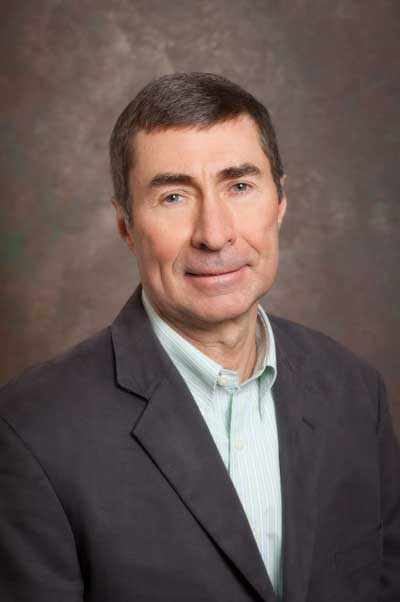