Prof. Garcia-Frias’ research interests focus on the development of information processing techniques, especially in the areas of communications and bioinformatics. Information processing occurs in almost every aspect of our lives and the exploration of the relationships among different areas, which is an important component of our research, can many times lead to new insights. For instance, the techniques that are successfully utilized in one field can often be applied –with the proper modifications– to another. In the case of communications, the fundamental problem is to reliably transmit information between different senders and receivers over noisy channels. In order to optimize performance, it is necessary to use channel codes to introduce redundancy in the information that is to be transmitted. At the receiver, the information of interest is extracted from the corrupted data available at the decoder. The best existing schemes are based on the design of pseudo-random codes, such as turbo codes and low-density parity check codes, and the use of probabilistic tools that iteratively estimate the reliability of the desired information. These methods “break” a complex problem into several processing blocks. Information processing occurs in each one of the sub-blocks, which iteratively exchange information with each other until a solution for the whole problem is achieved. This framework allows the incorporation of non-standard assumptions, and, as shown in our research, it opens the application of turbo-like codes to important practical problems that are described below. Similar probabilistic techniques can be applied in other fields in which the final objective is the extraction of information of interest. An example is the area of bioinformatics, where the goal in many problems is to design schemes capable of extracting the information from the available data.

2001 Presidential Early Career Award for Scientists and Engineers (PECASE): Given annually by the White House to 60 young scientists and engineers 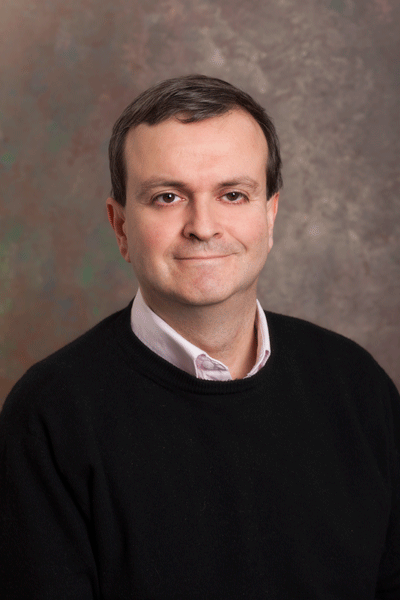