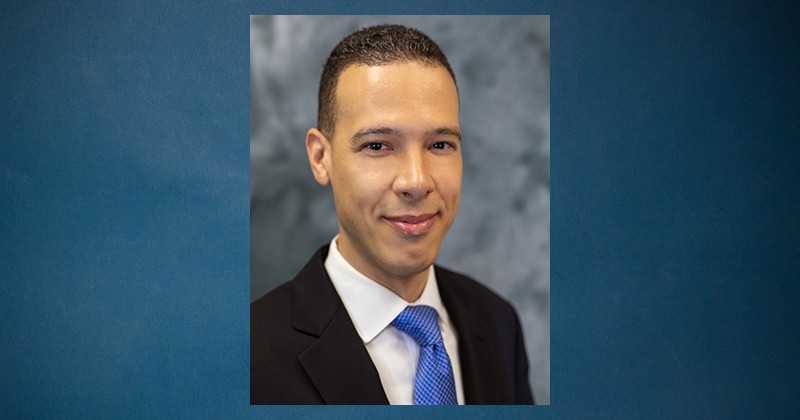 John Suarez, an affiliated faculty member in the University of Delaware’s Department of Electrical and Computer Engineering (ECE), has been named a senior member of the National Academy of Inventors (NAI).

NAI senior membership is a national distinction that recognizes active faculty, scientists and administrators from NAI member institutions, such as UD, who have demonstrated remarkable innovation producing technologies that have brought, or aspire to bring, real impact on the welfare of society.

Suarez, who previously was a senior research engineer for the U.S. Army and is now an associate professor at Widener University, in addition to his UD affiliation, was selected for work aimed at improving radio communications through the use of a patented opto-cancellation system that uses radio-frequency signals to reduce interference in radio transmissions. The novel system allows low-power radio signals to be received in the presence of powerful interference 100 times stronger than a signal of interest. It has been applied to broadcast, cellular, satellite and marine communications.

“In the University of Delaware College of Engineering, we encourage faculty to collaborate to develop transformative technologies that benefit society. This spirit of teamwork and innovation has made UD a destination for talented problem solvers, such as John,” said Levi Thompson, dean of engineering at UD. “We congratulate John on this well-deserved recognition by NAI.”

Suarez is among 38 academic inventors from 24 institutions announced by NAI in the August 2020 class of senior members. They are named inventors on over 397 issued U.S. patents.

“NAI Member Institutions support some of the most elite innovators on the horizon. With the NAI Senior Member award distinction, we are recognizing innovators who are rising stars in their fields and the innovative ecosystems that support their work,” said Paul R. Sanberg, NAI president, in an announcement. “This new class is joining a prolific group of academic visionaries already defining tomorrow.”

Mark Mirotznik, ECE professor and interim department chair, has worked collaboratively with Suarez for several years on the use of advanced additive manufacturing methods for applications in wireless communications and radar. Specifically, Mirotznik and Suarez are collaborating on the design and implementation of millimeter-wave lenses and associated electronics to create agile beam-steering systems at a relatively low cost.

NAI senior members are noted for their growing success in patents, licensing and commercialization. Suarez currently holds 12 U.S. patents for various inventions in radio-frequency electronics, microelectronics and photonics, a branch of technology that deals with the transmission of photons, such as those found in fiber optics. He has four additional patents pending, including one on a diagnostic technique for detecting transistor faults in very large-scale integrated circuits.

Suarez’s current research centers on designing circuits, sensors and other systems in the radio frequency (RF) spectrum, which includes signals in the range of 20 kilohertz up to 300 gigahertz, including radio-over-fiber systems. He also is known for his work mentoring the next generation of inventors of all ages, from junior high school to early career researchers and engineers. His teaching and mentorship efforts have been recognized with multiple awards, including the Great Minds in STEM Military/Civilian Award.

UD is working to cultivate an ecosystem that encourages and supports innovators on campus. To date, UD is home to more than 225 inventors who have access to many resources to support their entrepreneurial and commercialization efforts, including the Office of Economic Innovation and Partnerships and Horn Entrepreneurship, for example.

About the National Academy of Inventors

The National Academy of Inventors is a member organization comprising U.S. and international universities, and governmental and nonprofit research institutes, with over 4,000 individual inventor members and Fellows spanning more than 250 institutions worldwide. It was founded in 2010 to recognize and encourage inventors with patents issued from the U.S. Patent and Trademark Office, enhance the visibility of academic technology and innovation, encourage the disclosure of intellectual property, educate and mentor innovative students, and translate the inventions of its members to benefit society.